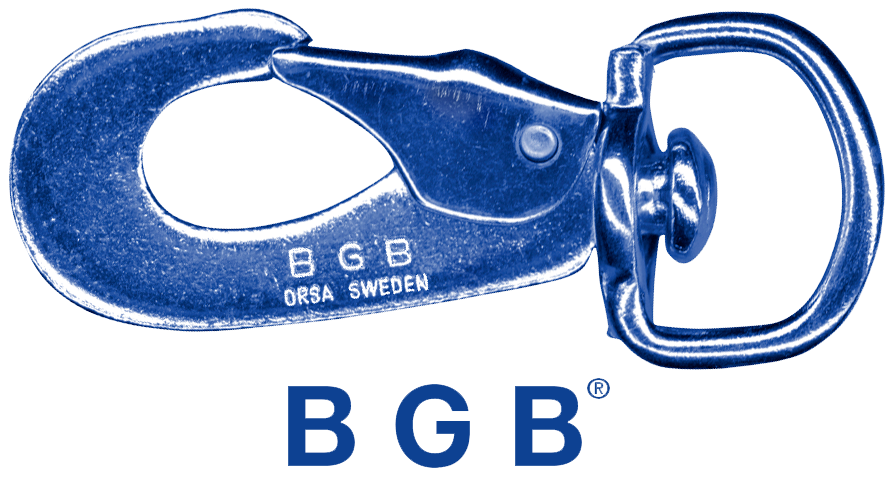 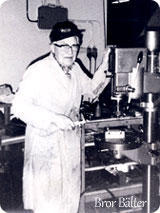 About BGB AB AND THE SNAP HOOKS

The company founder Bror G Bälter (depicted left working in his metal shop) was already as a child curious, inventive and resourceful. In 1931 – at the age of only eleven, he collected metal scrap and built a fully operational steam engine. The engine still exists and is functional. Bror G Bälter, continued throughout his life to invent and improve products and gadgets.

During the Second World War he was stationed by the Finnish border in a caviller regiment. His main duties included taking care of the regiments horses. Some of the horses were frisky and somewhat wild and needed to be restrained, but there  wasn’t anything suitable to tie them down with. Bror G, got assigned to develop/invent something to fasten the horses with, and after careful consideration, he came up with a solution which involved barb wire that he bent into the form of a hook.

The B G B® – snap (also known as the Swedish Snap) hook almost instantly became very well accepted and appreciated, mostly for use on dog leashes and other harnesses. But it soon found its way to new applications and markets. One example is the big British-Norwegian-Swedish expedition, headed by the famous explorer Walter Schytt, to the South Pole in 1948-1952 . 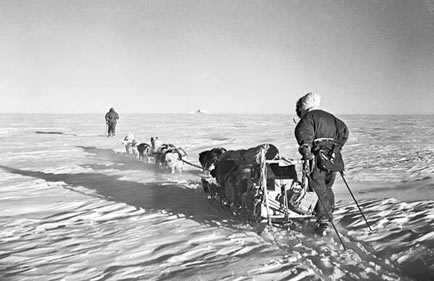 This gave the B G B® – snap hook the opportunity –  to get tested in the toughest environment possible. The hook had to endure the very cold climate but the biggest challenge was the temperature changes from cold to warm. The expedition tested several hooks but the B G B® – snap hook was the only one that stood the test of time. Upon his return Walter Schytt wrote a letter to B.G. BÄLTER AB commending the durability of the B G B®  snap hook (see a transcript of the letter here). 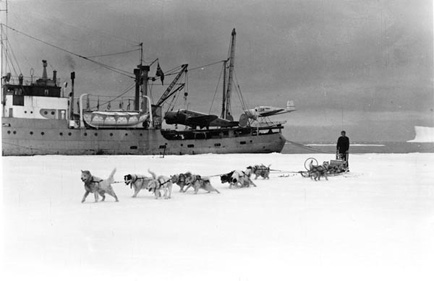 The quality and durability of the B G B® – snap hook – was then and is still to this day unsurpassed. Today – the products and trademark of B G B® -snap hooks – are well recognized and respected around the world, and our hooks are exported globally, and has reached more popularity than ever before. Our snaps are used in a variety of different products and applications were high quality, durability and security is of the essence. For horse leads/leashes, harnesses human and animals, dog- and cat leashes.

We also deliver to the various applications in the lashing industry. Customers continue to find new applications and innovative ways of using the B G B-snap hook. And only the lack of imagination limits where you could use them. Markets include from Japan in the east to Alaska in the west and the main markets in Europe include Russia, Finland, Great Britain, Nederland’s and Germany.

The company founder  Bror G Bälters children have since their fathers demise run the company. In October 2011 – Mats Kärn a local entrepreneur has taken over the company and me and my staff has pledged to continue to the commitment of the former owners – high quality, durable products with customer service always striving to surpass expectations.

I hope to be able to serve you as customers in future.